1. Definition Of Clarity
Clarity: Understandable, the meaning can be grasped; to free from confusion
or ambiguity, to remove obscurities.
Clarity is a “gateway” standard. If a sentence is not understandable, we cannot judge if the sentence is accurate or relevant.
For example,
Unclear: “What can be done about the education system in America?”
What is the concept of the word “problem” refers to?
A clearer question might be “What can educators do to ensure that students learn the skills and abilities which help them understand the world in which they live and function as ethical persons in that world?”
In the clearer version of the question, we have the concept of the “problem”.

2. Ways To Improve the Clarity
2.1. Defining our terms
There is another example. When we talk about food, one person may think about “rice”, because the rice is one of the normal foods of his/her community, while other communities may be thinking of their culturally special foods. Defining our terms can greatly aid us in the quest for clarity.

2.2. Say something more
Thinking is always more or less clear. It is helpful to assume that one does not fully understand a thought except to the extent that he or she can elaborate, illustrate, and exemplify it.
Questions that focus on clarity in thinking include:
2.2.1. Do I need to say more (elaborate) on that point?
Unclear: I am thinking about the clime changing.
Clearer: I am thinking about the effects of the clime changing in our community, and what we should do about this changing as a church in our community.

2.2.4. Let me state in my own words what I think you just said. For example, before our response, we can say: “I hear you saying ‘___.’ Am I hearing you correctly, or have I misunderstood you?”

2.3. Problems caused by pronouns
Many confusions were caused by pronouns. For better understandings, we suggest: if possible, try to limit the usages of pronouns.
What is a pronoun? A word that is used instead of a noun or noun phrase, for example, he, it, hers, me, them, etc. This, that, these, and those can be used as pronouns.

Re-read your writing to make sure that your pronouns refer only to the person or thing you intend. If it is unclear, it often means there are too many competing nouns. In such cases, switch back to a noun.
Occasionally, writers will unintentionally switch the person of the pronoun.

To avoid these issues, make sure that you use pronouns consistently. 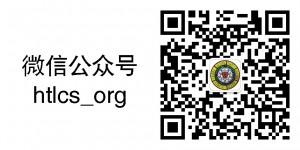